A couple of weeks ago I sat over Cappuccino in the local bar when overhearing the village plumber talking about antibiotics. No, I didn't eavesdrop. That would be an impossible thing to do in a Tuscan bar where people generally shout as if everybody present was wearing a hearing aid. Therefore anybody, whether closest in kin or total stranger is invited to join the conversation. Not that you have to. You're free to keep your head buried in the local newspaper.

And that's exactly what I did that particular morning. Not for long though. As a homeopath I'm obviously as concerned about the over- and misuse of antibiotics as the man who installed our shower box.

Every inhabitant of a Tuscan village has a nickname. Behind his back the plumber is being called Il Professore - the professor. Now I know why. Who else could be bothered to publicly address the growing nightmare of antibiotic resistance first thing over coffee on a Monday morning?

But the man isn't off his rocker and neither is he on his own. The European Union's annual Antibiotic Awareness Day takes place yearly on November 18; which indicates that we should all be discussing antibiotic resistance first thing in the morning. Even more as we are moving towards winter - antibiotic season a gogo. 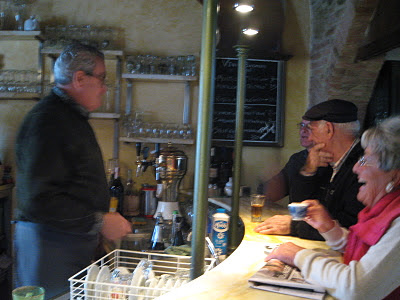 I order my second Cappuccino, by now attentively listening to the professor, who insists that antibiotics are more often than not wrongly prescribed and far too happily gobbled down by unquestioning patients. The man is well informed: the Italian Health Ministry reports that an excess of 413 million Euro are spent every year in Italy alone on antibiotics which shouldn't have been prescribed in the first place. Even though Italy's Health Ministry has joined the antibiotic awareness campaign a couple of years ago, it's still common practice by local doctors to prescribe antibiotics to nearly everyone presenting with a cough or a fever. And if you run into a doctor who isn't throwing them out by the handful, it's the patients complaining, because they don't feel properly looked after unless they leave with a prescription for one of penicillin's relatives.

This is obviously wrong. Thank god the European Centre for Disease Prevention and Control has enrolled the help of an endangered species to get the message to a wider audience.

So far so good. Everybody in the bar agrees that a cold or any other self-limiting condition can be left alone or looked after with anything from garlic to tiger balm. But once terms like 'otitis' and 'acute bronchitis' fly through the room things get a bit uneasy. And try linking the word 'child' to any of the two. Mention a 'child with otitis' or a 'kid suffering from acute bronchitis' and you'll have everybody in the bar SCREAMING for antibiotics.
Screaming even though randomized clinical trials* are proving again and again that antibiotics are an unnecessary primary intervention in the aforementioned conditions.

So what's going wrong here?
Honestly I don't know. But I do believe that the absence of positive role models doesn't help. If everybody just keeps repeating the same behavior it seems right, even if doesn't make sense at all. Dish out any amount of double-blind randomized controlled clinical trials - the thing that counts much more in a Tuscan village are hands-on real life examples.

And that's where my kids come in. A moody 5 year-old and a stubborn 7 year- old, who haven't had to use antibiotics once so far. Nevertheless they are still alive. Which comes as a surprise if you consider that the average Italian child will be put on a course of antibiotics once or twice a year. Neither are my kids damaged in any way. In fact they are alive and kicking, which is something the whole village can readily testify. On a side note it's interesting that none of them has an issue with obesity which has just been linked to antibiotics too (is there anything from TV to cancer that doesn't get a link to obesity these days?).

So if these two survive and thrive without that complimentary course of antibiotics a year - why nobody else? Have I just been incredibly lucky and the blend of my Swiss genes with the ones of my Tuscan native produces healthier than average children? If so I might consider cloning them...
To find out just ask at the bar. Every villager knows that our children too fall ill; in fact my 7-year old has suffered from otitis more than once. But luckily he had a secret weapon. His mom. She's a homeopath. And whilst the skeptics out there are probably already running for the phone to call child protective services, I'm relieved to say that randomized clinical trials prove the usefulness of homeopathy in otitis*. Which also proves that I'm not totally bonkers. Okay, maybe a little bit, but would I have married into that Tuscan village otherwise?

In the meantime the professor has left to check on somebody's shaky bathroom. And for me too it's time to get a move on. 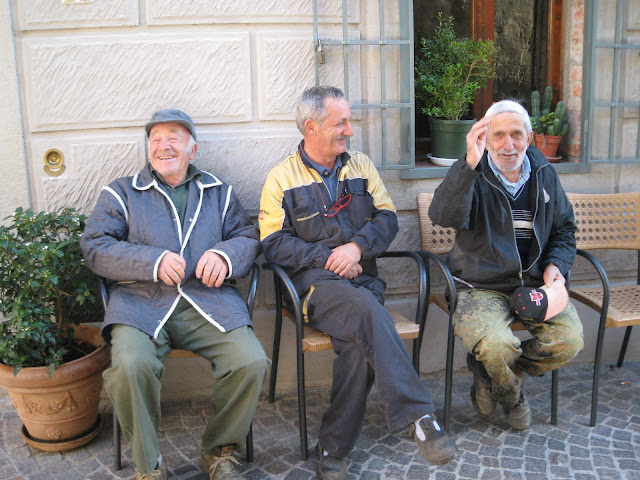 Out of the door I see my father-in-law and his friends laughing their heads off, whilst wondering whether it's the lack of antibiotics that turned my children into two naughty little pests.
Consider lecturing in a Tuscan bar? Come mantled with a loud voice and a healthy dose of self-irony.

A couple of meters further down the road I see this: 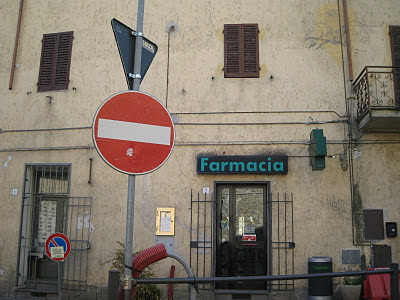 Looking at the sign of the village's pharmacy, it finally dawns on me. This is where our professoring plumber got all his insight from: the village's lovely pharmacist is his dear wife. Who if not her would know the facts and figures when it comes to over- and misuse of antibiotics in Southern Tuscany.

And if you still think pharmaceutical companies out there just have to keep investing money until they find the super-antibiotic which gives it to all them bugs - wake up. Antibiotic resistance has just been proved to be much older than you, me and human history.