WINTER IN TUSCANY - NO, IT NEVER SNOWS...

Last week I wrote about the snow that's falling on Tuscany, invoking the snowflakes to keep coming. That's what I call positive thinking. Forget the snowflakes, I managed to call in a full blown snowstorm. People in my Tuscan village tell me that they haven't seen anything like it since the winter of 1956.

And whilst I can't but marvel about the fairy tale beauty of it all, 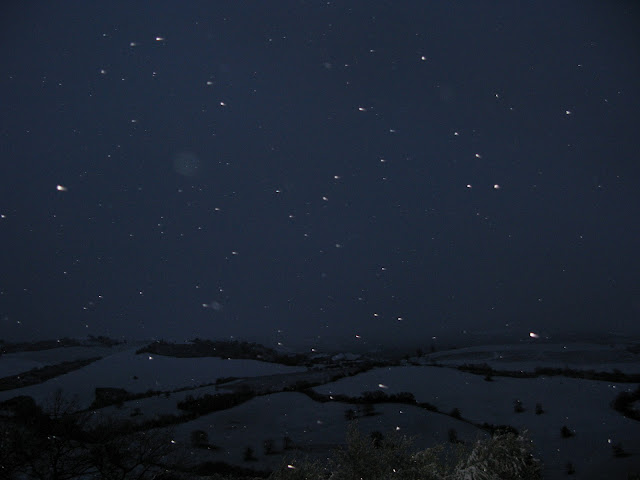 and about the incredible amount of snow that keeps falling on our olive grove, 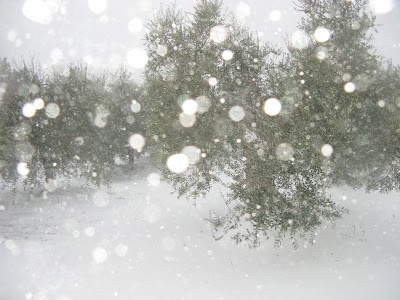 I keep thinking of all the people who fled the cold European North for a sunny weekend in Southern Tuscany, because... I told them so.

Remember my January posts about winter in Tuscany? All my propaganda about the glory of long Sunday walks on empty beaches and the beauty of sunny afternoons in medieval towns.

Easyjet never confirmed it, but I guess their February flights to Italy must have booked up quickly after my posts.

So If you're one of them - one of the people who cancelled their skiing holiday, so as to have a stroll along a the warm Tuscan beaches - you're probably sitting in a lounge somewhere up north, as Italy's airports are cancelling flight after flight. And if you're already thinking of engaging a lawyer specializing in travel fraud - remember, it wasn't just me. The NY Times too was all go about winters in Tuscany.

What I'm worried much more about right now, are the tourists who actually made it out here, just to find themselves stuck in a freezing hotel room somewhere between Siena, Massa Marittima and the Tuscan coast. I've heard some of them would like to have a word with me. In private.

Luckily my kids are already out in the grove; preparing snow balls in my defence.